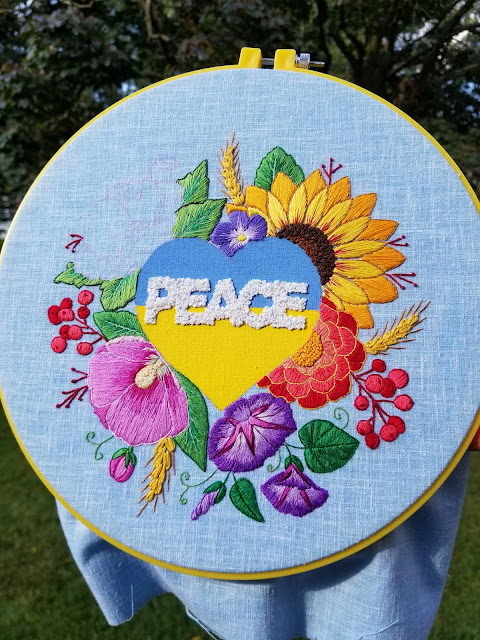 This week's progress on my Peace for Ukraine Stitchalong is getting me so close to the end! I worked on the little purple morning glory on the bottom of the design, which I really like -- the shading was tricky here but has such a wonderful effect. 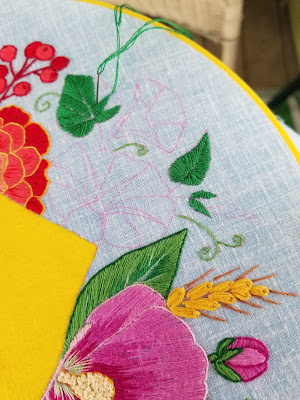 I started with the leafage, which was done differently from the other leaves in this design which I did in a batch earlier. These leaves are a bit rounder and 'juicier' so were stitched in double strand, and outlined in one strand. Then it was on to the interior stripes. 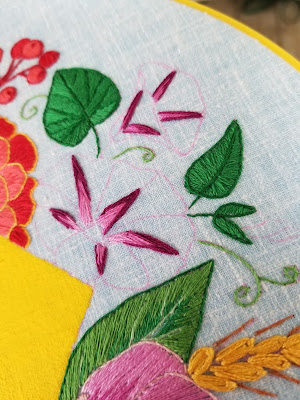 These were slightly tricky to add in, and I had to add more to the centre of the five point star shape afterward, as I hadn't brought them in closely enough together. But I really liked the colours and enjoyed figuring this element out. 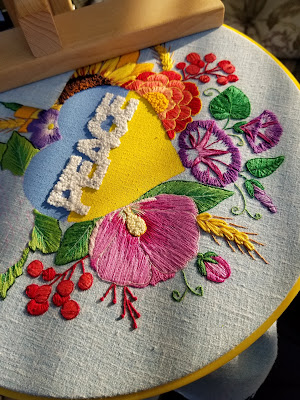 After getting all the greenery done and fixing the central bits, I stitched up the little cone shaped bud and started in on the dark purple shading. It always looks odd at this stage but once you start filling it in it all comes together. 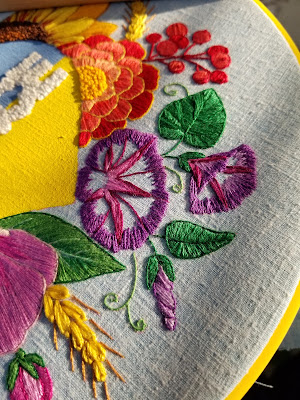 You can see that the first layer is quite similar in tone but then it lightens up quite a bit in the middle, finishing with some white highlighting that just finishes it off beautifully.
I love the way the shapes and colours blend in this pattern, and am eager to work on the final element, the poppy. I've been leaving this one to last since there is so much delicate shading in it. I'm nervous about getting it right! Thankfully I've had some practice now with the other flowers.
It will soon be time for some framing decisions! 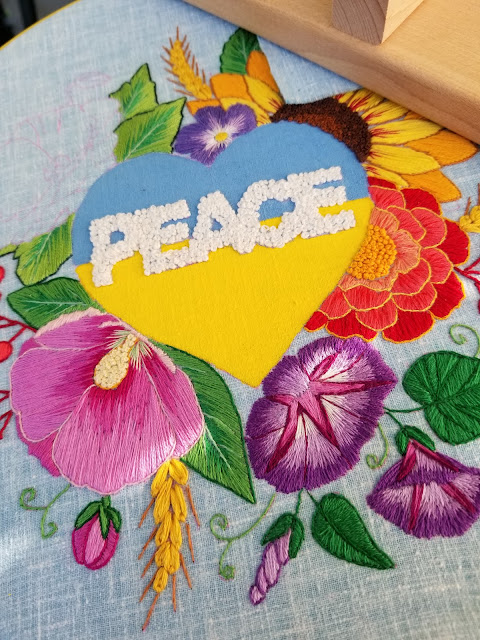 Just a reminder that this project is a fundraiser for Ukraine. There is still a war going on and they need our support more than ever. You can find this pattern on the website Embroidery Art by Nat, as well as suggestions of many ways to assist Ukraine. I would personally recommend UA24 or Come Back Alive as reputable places to donate (among many others) if you would like to give money directly to Ukrainian charities.
at 9:00 AM