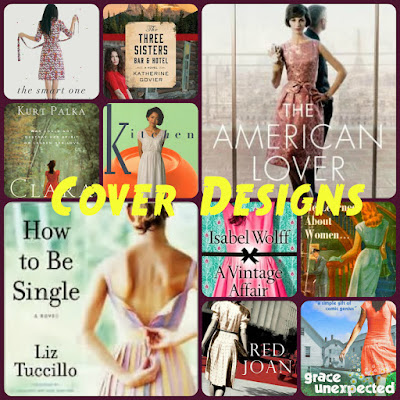 Cover Designs is a feature in which I try to match up the outfit on a book cover with a dress pattern and sometimes even potential fabric matches as well. Today's pick is a retro mystery, set in the Scottish Highlands in the 1950s.

As the publisher's summary says:

When Alice Ramsay, artist and alleged witch, is found dead in her home in a remote Scottish glen, the verdict is suicide.But Joanne Ross of the Highland Gazette refuses to believe it. As she investigates Alice’s past, Joanne uncovers layer upon layer of intrigue.

A. D. Scott brings to life compelling characters and vividly portrays the charms and intrigues of a small town in 1950s Scotland. With surprising twists and a shocking dénouement that poses moral questions as relevant now as six decades ago, A Kind of Grief is another unforgettable entry in an atmospheric series that will draw you in and linger in your mind like mist over the Scottish glens. 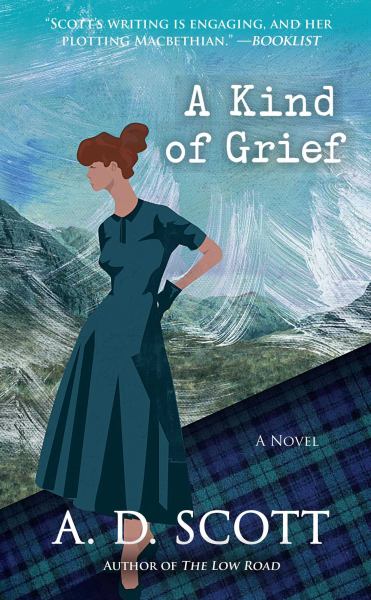 To go with this dress, I had to choose a retro pattern from Vogue's Vintage reissues - Vogue 9052 is a 1949 original. 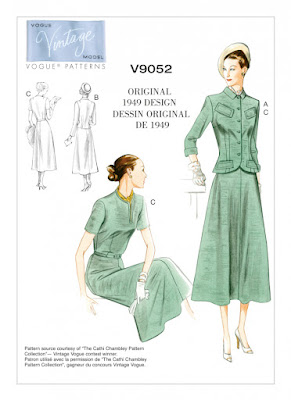 In the actual photos, it's made up in a similar colour to the one worn by our woman on the cover. 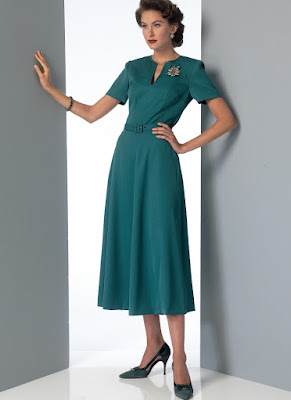 In this image, she even has the gloves -- a perfect cover match. Of course, she also has a matching jacket, which you might want in a misty Scottish glen anyhow. If you made it in a plaid like the one on the cover (which looks kind of like a Mackay plaid to me) you would be right on theme. 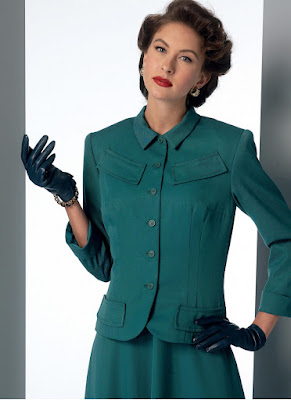 I think this one definitely calls for a wool flannel or a good quality suiting. Maybe this wool broadcloth from Renaissance Fabrics would do. 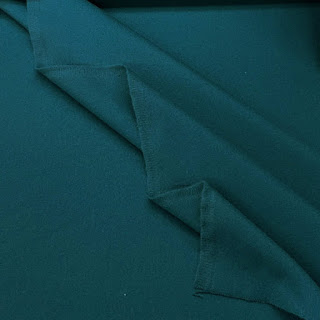 Or if you want to go a little lighter and a touch more green, either of these beautiful linens might do the trick!

Whichever you choose, add a cozy plaid wrap, a cup of tea, and take the time to enjoy this retro mystery both in the reading and the copy sewing!
at 2:00 PM