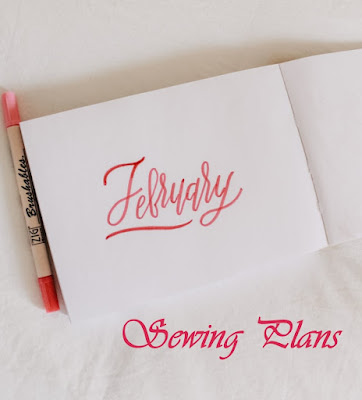 It's February already, and time to make some plans for the month. I don't like to have a strict plan that I have to follow for my sewing, but I do find that if I think about what I'd like to make, and then organize what might be possible to get to in a month, I'm more likely to focus and get stuff done! And February has lots of good things in it. So here are some of the things that are on my sewing list for the month. 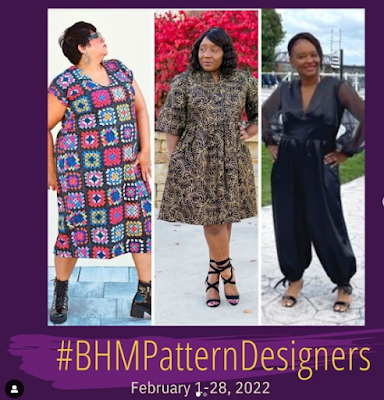 Of course, one of my favourite things about February is the yearly arrival of  the Black History Month Pattern Designers Challenge hosted by Nateida at Sew Natural Dane. This is such a fun challenge; it asks that you sew something by a Black pattern designer between Feb 1 and Feb 28, and share it using the hashtag #BHMPatternDesigners and tagging @SewNaturalDane on IG. I've made some wonderful items in previous challenges, and even won a great prize last year :) While it highlights Black designers (for garments, handbags, knitted/crocheted items, plus fabric stores) it is open to all to participate.

I have a few ideas this year -- I'd love to make another Agnes Skirt (by MichelleSews) since the one I made last year is so fantastic. But I'm also strongly leaning toward making the new Temi Dress or Top by new-to-me designer Sewphilia -- it is drafted for a height of 5'2" and a B cup - perfect for me!! And it's currently on sale... Of course, I have many Khaliah Ali patterns from Simplicity already in my stash and at least 3 are on my wishlist for the year so perhaps I'll get to one of those. We will see. 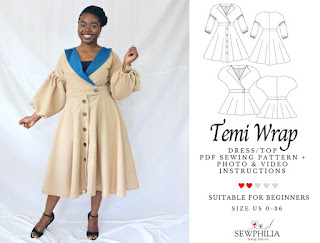 I'm also keeping busy with a project for the Liesl & Co Advisors Circle which I mentioned recently. I'm working on a wintery project so have to get that one done asap while it's still wintery weather! I'm having fun with the creative changes I'm making for this one. I'll share the link when it's posted on Liesl's blog :)

And I have a dress, jacket and vest which were cut out around the end of December that I haven't yet gotten around to sewing up. The dress and blazer are modern patterns, in the same fabric, but the vest is a vintage one. My goal is to get at least two of those finished so I can cut out another blazer and spend some time tracing off a few blouses from recent Burda magazines to make some coordinates for my wardrobe. Will that be enough for the month? Ha! I think so.

Do you have a busy sewing month planned? Are you going to sew for challenges too?