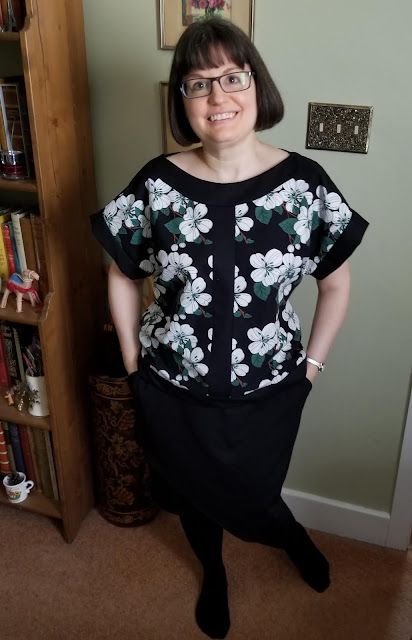 Like many others, I adored The Queen's Gambit when it came out on Netflix. I loved the sets, the fashion, and the storyline. So when I saw that Laura at Sew Different had quickly released four patterns inspired by The Queen's Gambit, I had to purchase at least one. I chose the Harmon Top, as it was one that I'd really noticed in the show and thought I could probably make! 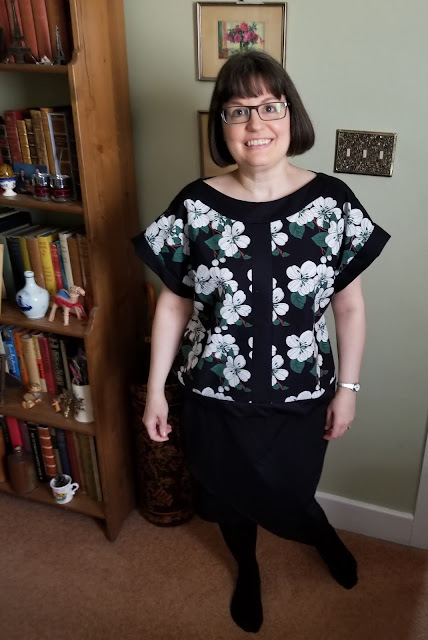 It's quite a straightforward sew, with a nice final effect. It looks much fussier than it is. In the show, and the fashion sample for the pattern, it's black and white, a chess reference like many of Beth Harmon's outfits. But I saw someone on Instagram make a beautiful print version so I gave that a try myself. I think the key to using a print is to balancing the contrast between the print and the trim. If it's too dissimilar it looks a bit uneven somehow. So I used a black suiting that was approximately the same weight and the same tone of black as the background of the floral print linen that I chose for the main pieces. 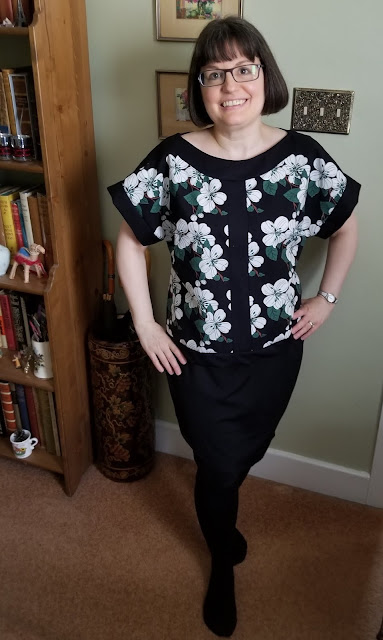 This is a loose fit, boxy pullover top that uses the same pieces for front and back. It's not shaped or fitted in any way, so if you prefer a closer fit with bust darts this isn't the pattern for you. You stitch together the front and back panels, then attach the neckband, in the only bit of fussy sewing at all, thanks to the opposing curves having to sit nice and smoothly when you're done. The only bit of alteration I did on this top was to grade out the seams from about the waist to the hip, so the hip/hem band was one size larger than the shoulder/bust area. 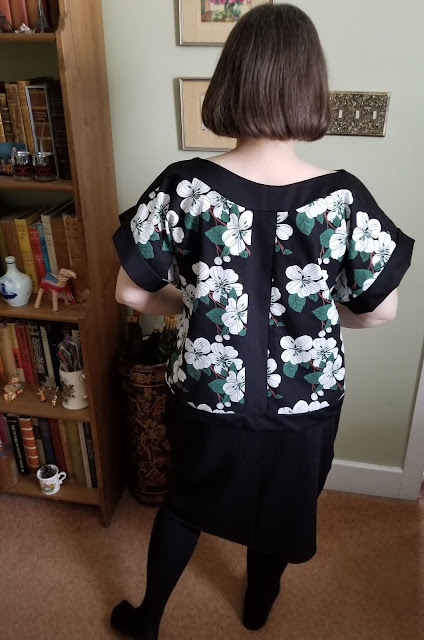 The finish suggested is to then stitch on the sleeve and hem bands, folding them in half and stitching in the ditch to catch the inner serged edge -- then sew the side seams together. But I didn't like the idea of unfinished seam allowances on the bands, so started with the side seams. Then I stitched the bands into loops and attached them to the finished top, turning the inner edge in and stitching in the ditch for a nice clean finish. It takes just slightly longer that way, but the tidy finish is worth it for me.

Other than that 'timesaving' instruction, I liked this pattern. The visual effect is wonderful, especially on the many versions made in contrasting solids on IG. It's a fairly quick sew and adds a new twist to the boxy top field. I enjoyed this one! And now I want to watch The Queen's Gambit again... 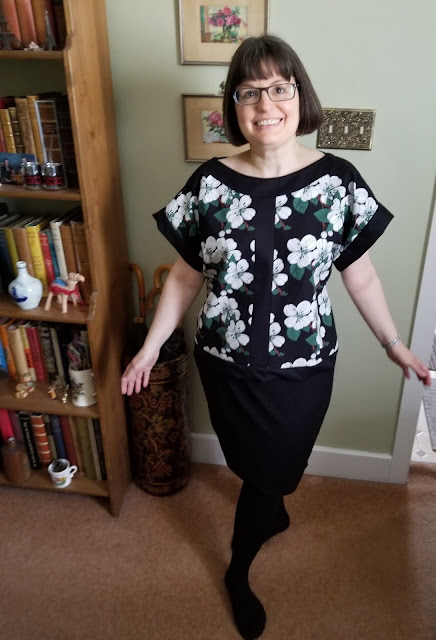