I bought a bunch of new patterns earlier this year as part of my win from the PR Match Your Shoes contest. I really wanted to use them all right away! I decided to start with what looked like the easiest one, New Look 6519. 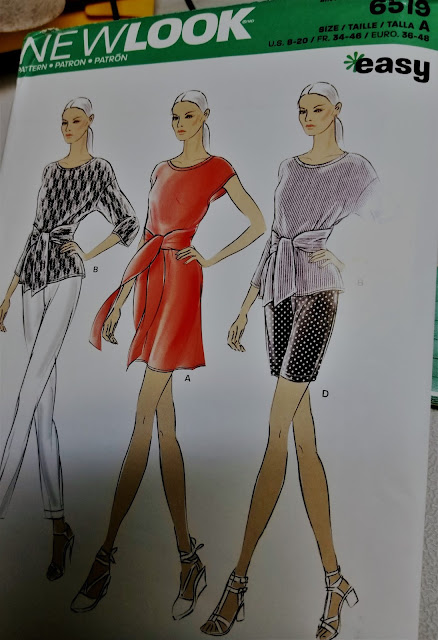 I don't know what it was about this very easy pattern that made me think twice, but I decided to make a muslin of it first to check the fit -- perhaps because straight fit dresses often don't fit me quite right. So I used a batch of narrow striped cotton that a friend had given me, a fabric I wasn't too likely to use because it reminded me of mattresses or prison outfits. And lo and behold, this dress does indeed look like a prison uniform in this fabric ;) Good thing it's only a test. 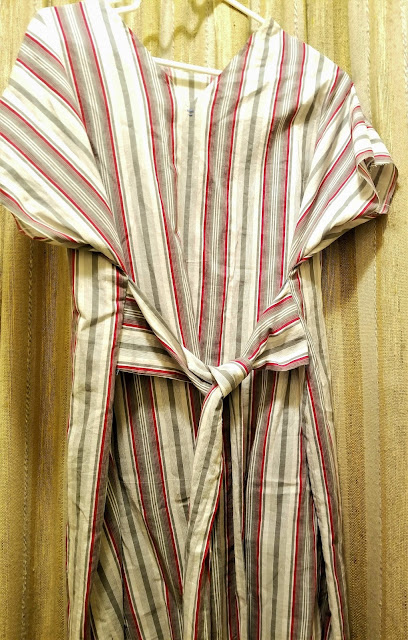 I first altered the pattern in length, folding out some length both between the shoulder and bust and above the waist. I then lengthened the hem by about 4" as it would have been very short on me -- a short person to begin with! The dress view is more of a tunic length than a dress length, in my opinion.

I then cut it as I thought I'd need to, starting at 14 at the shoulders and grading out to close to 20 at the hips. But when I tried it on, I found it still pulled across the backside. Because of the way the ties pull the sides of the dress to the front, the extra width at the sides found by grading didn't really help that much. 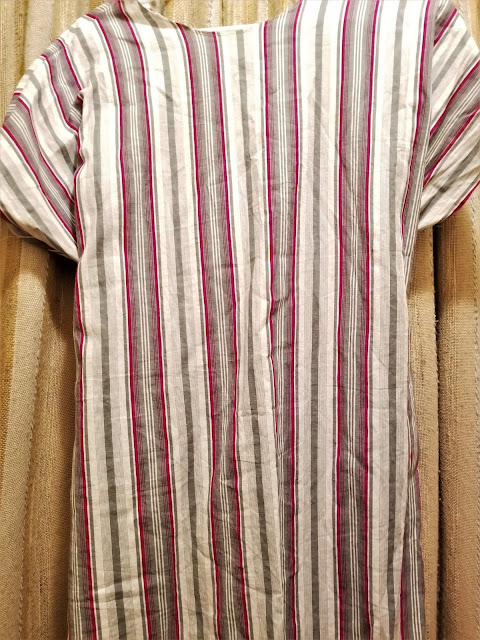 I returned to the pattern, and cut and altered it for a full derriere. This is what the pattern looked like by the time I was done. 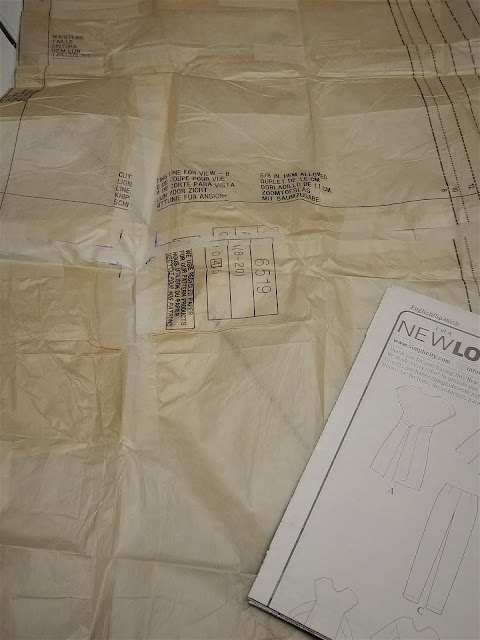 Thankfully I had more of the fabric, and since I'd just basted the dress together, I pulled it apart again and recut a new back. When I sewed it back up again, it fit! I was so pleased that this worked. However, I was a little put off by the whole thing and still haven't made it in a real fabric.

There are a few problems with this pattern for me, aside from all the adjustments. I wonder if it wouldn't look better on a taller, more evenly shaped figure. Perhaps in a lighter, drapier real fabric it will look a little nicer. In that case, though, I would also alter the waist ties. They are double layer, and tucked up right under the bust (at least on me after my bodice shortening) They end up being quite heavy, and pulling on the dress. If I do make it as an actual wearable dress, I'll be narrowing the tie width by at least an inch, and may change them to one layer if the fabric is suitable, and use a rolled hem for tidiness. 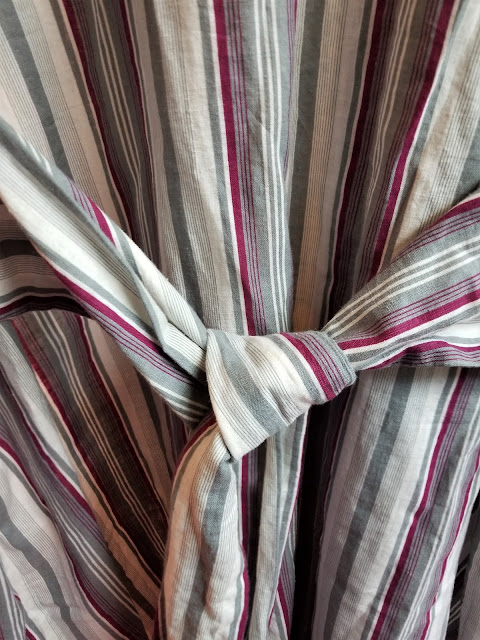 Do you ever find that you have trouble with "easy" patterns? What kind of instinct do you have to tell you to test something out when that's not your usual habit? And do you generally continue on when you have to make so many alterations? I don't usually, but was pleased that I got this to fit, even if I'm not sure I really like the style in the end.