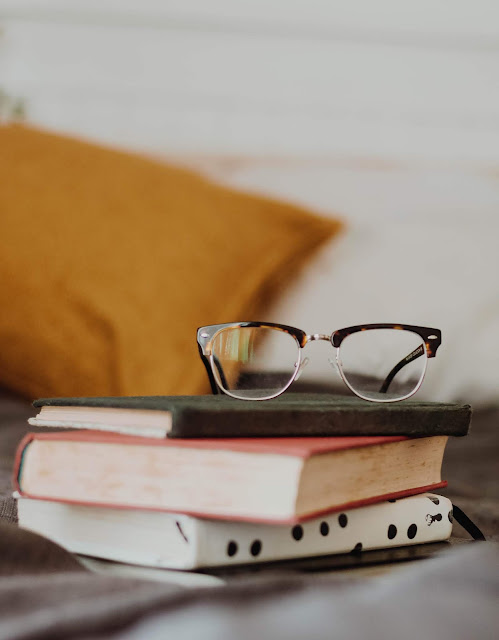 It's hard to believe that we are already halfway through our Literary Sewing Circle round for this fall! Today's the day for some serious book talk! How are you doing with the book? Have you started it yet? Finished it? Do you have any reactions you'd like to share? 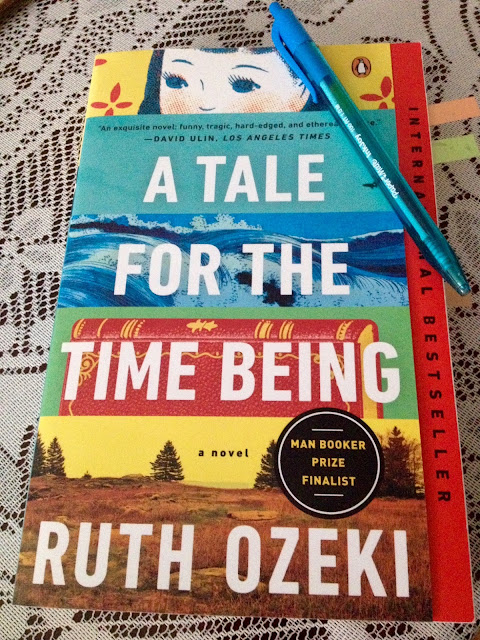 1. What was the first thing that drew you to this book? Was it the setting? The historical context? The concept?

I first read this book when it was newly published because I was already a big fan of this author. The fact that it seemed more complex than her earlier novels was also a draw -- plus I do love Japanese settings. And lots of philosophical talk in my novels. So this was a win all around. When I first read it I knew right away that this one was a award contender with staying power.

2. Do you enjoy the narrative switching between Nao and Ruth? Do you prefer one over the other?

I really did like it. Naoko's story was tough -- so much difficulty and struggle in her life at the point that she was writing her diary. So it was a kind of relief to switch over to Ruth, who was reading Nao's story right along with us, and see how she was interpreting it and dealing with it too.

I feel like the core of the book is Nao, and Ruth's story is kind of like a commentary alongside of it. Though the way the two lives intermingled more and more was also interesting! How Ruth's reading influenced Nao's writing, even from the future/past. The shifty nature of time was a great inclusion.

3. Nao writes a diary, trying to communicate with an imagined future reader, and Ruth is a writer, trying to do the same thing in a different context. What do you think the focus on reading and writing is saying about communication between people in our lives?

As I just noted, the interplay between Nao's writing and Ruth's reading was fascinating for me. How can writing from the "past" influence our daily life, and vice versa? The idea that time is malleable was so interesting. In this context, I think that the writing element also shows the isolation of both characters, the way in which communication comes at one remove for both of them, in many ways.

I do feel that reading somebody's writing is the closest we can get to being truly inside their heads, and maybe that's why I love fiction and diaries so very much. Reading helps us understand and empathize with others and with differing experiences and life views.

4. There are many references to physics, ecology, and environmental issues in this book. How does this reflect the way the characters live in their world? Did you engage with this element at all?

I loved this element! Like I've said, I do enjoy thoughtful writing, and I also appreciate frank discussion of the issues we are all facing in our environment. The Great Pacific Garbage Patch is real, and it's affecting us all. It's explained a little more in this novel, alongside of ecological issues thanks to Oliver's work, and the symbolic presence of an alien species to BC, the Japanese Jungle Crow.

The discussion of time as a concept also resonates both with Buddhism and with physics. I love physics, and have often seen discussions of spirituality alongside the weirder aspects of physics. It makes you think, and wonder about the solidity of our perceptions. Of course, this is also an important concept in the plot of this book -- how can Ruth shift time and affect Nao, in ways that we don't expect that we can influence the past in the same way we can clearly influence the future -- it all comes down to the questioning of the reality of time as an arrow, and the perception of daily or dream life.

5. There is quite a bit of focus on death in this book: whether suicide, war, old age, or other reasons, there's a lot of discussion about it. What role does this theme play? Do you think it's connected to the Buddhist content of the story?

There really is a lot of discussion of death, and suicide, and being or not being. This is integral to this story of Time Beings, though, I think -- the whole point of the questioning of time and of the Buddhist content is that we are all only really alive NOW in this moment. And the impermanence of life means that there will someday be no more Now for us.

I did appreciate Ozeki's explanation of suicide and its differing meanings in the West and in Japan -- a different cultural context for it results in vastly different understandings of how and why it happens.

I feel like only by understanding and accepting death can the characters truly appreciate life, and in Jiko's death, both Nao and her father are restored to a committment to living.

6. What do you think about the role of dreams in this novel? How much influence do you think dreams have on 'real life', and why does Ozeki play with this concept frequently in the story?

I both liked and didn't like the reliance on dreams. Nothing is more boring that listening to someone else recount their dreams to you, in a social context, and Ozeki skirts that line a bit here, at least for me.

That said, at least the reader is experiencing the dream alongside the character, and not listening to them tell someone else about it!

The final dream is a bit discombobulating, and one of the elements that most divides people who read this book! I understand that Ruth's influence on Nao's present by moving into Ruth's past is kind of the point, a play on the themes of the book, but I felt a little conflicted about whether or not I really bought it. Again, it's another expression of the malleability of time and reality, and so within the confines of this particular story, I think it does fit.

Aside from the main characters, I really loved Jiko -- she is so clearly a wise woman, inspiring to Nao and to readers. Her words and her sanguine approach to life were appealing. Perhaps we all wish we had an old grandmother like this to guide us, or maybe we hope to be like her ourselves some day.

But some of the side characters were also charming, like Jiko's fellow nun who does all the support work in their temple. And Ruth's mother was also one of those lovely characters for me.

There were a lot of images and symbols in the story that resonated as well. Water, tides, the ocean, currents -- they reflect the shifting nature of reality in the larger story. The Japanese Jungle Crow, out of place but meaningful. Trees & Nature. Writing. Time itself. This book feels like it contains endless ripples of themes and images to discuss.

There are some sentence-level images that really resonate with me, like the idea that handwriting expresses the soul much more than a screen (when Ruth first finds the diary) or Nao's description of the gingko trees at the temple. I'll be looking more closely at some of these images in our next inspiration post.

Right now I have an idea or two based on the setting and on some of the descriptions of both British Columbia and Japan. And I have some suitable fabrics to use too -- just have to decide on something. My project will most likely be a dress, knowing me.  I have to narrow down my multiple ideas! 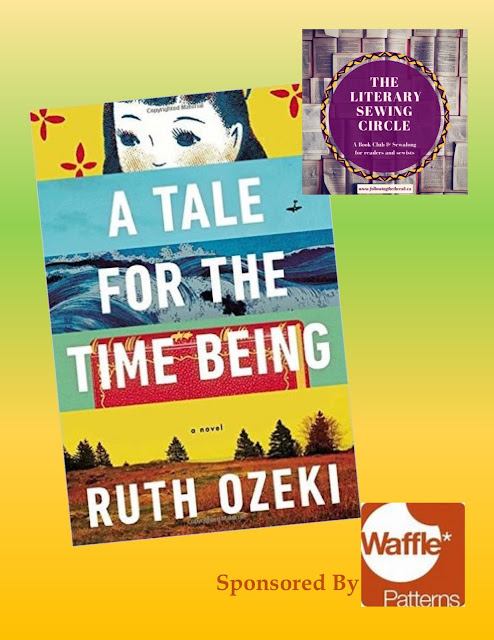