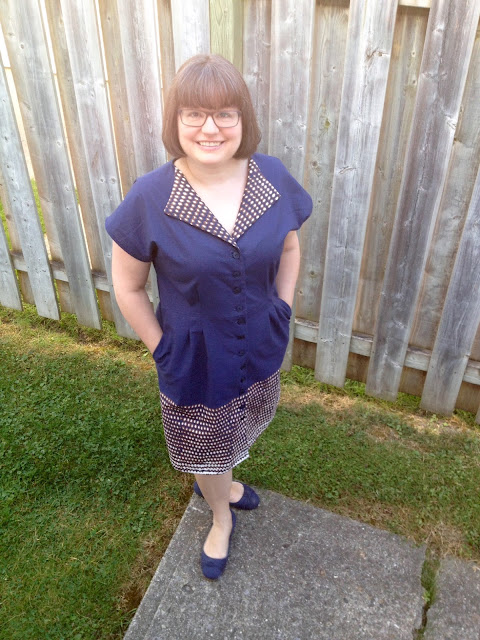 I participated in the Kickstarter project for Jennifer Lauren Handmade's new Sorrell Dress, quite a few months ago now. Therefore, I've had the pdf pattern for this dress for a while! But I've only got around to sewing it up now, right at the time that she has released the pattern for everyone; it's now in her shop, in both pdf and paper formats.

I've made a few of her patterns before -- I adore the Laneway Dress. So I really wanted to make this one too. I like the slightly retro vibe and the simple lines of her patterns.

I was dithering about what fabric to use for my first try. I saw that some of the testers used linen, some rayon, some a crisper cotton -- I couldn't pick! So I finally found a cotton border print in my stash that I thought would make an interesting dress. 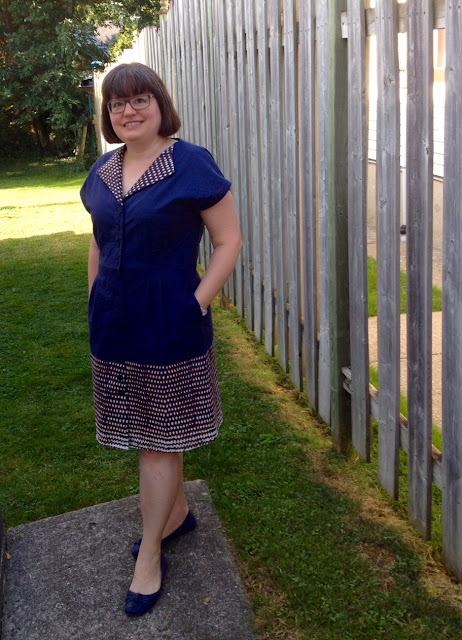 I bought this fabric from the sale ends at my local Fabricland because I thought it was pretty, but it's been marinating in the stash for a while. I was happy to finally match it up with a pattern! The pattern is an advanced beginner sew, with the same feature I liked in the Laneway, a facing that folds out to create a collar. With this border print, I had to use the print for the facings as well so there would be a pretty match. 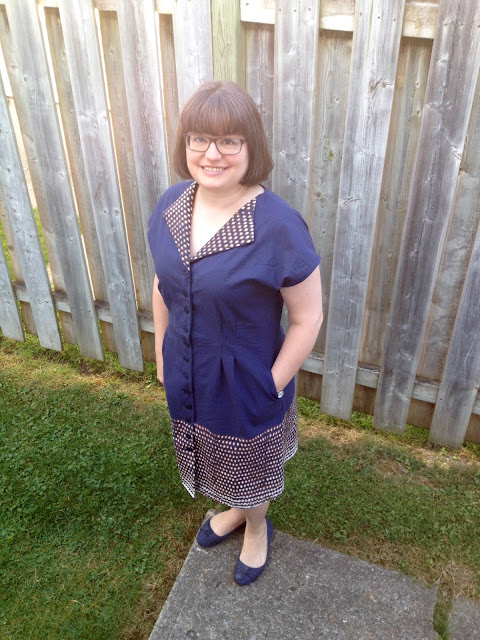 I had to cut creatively to fit the dress onto the fabric, though. I cut most of it on the crossgrain, obviously, since I was using the border print. But I had to shift the front bodice to straight grain to squeeze it in. Fortunately with this fabric, you can't tell as it's a solid with no directional print or weave. Also because it's fairly fitted there's no competing drape on front and back to be concerned with. It all looks the same.

It is a lightweight cotton so I used a very light interfacing to keep the hand of the fabric supple. And I set my own button placement -- I always start by marking the bust button and working from there. I used an 18mm button rather than the 15mm that I'd expected so the placement could have been a little wider; I have them all spaced at 2". But I like the look of it anyhow. 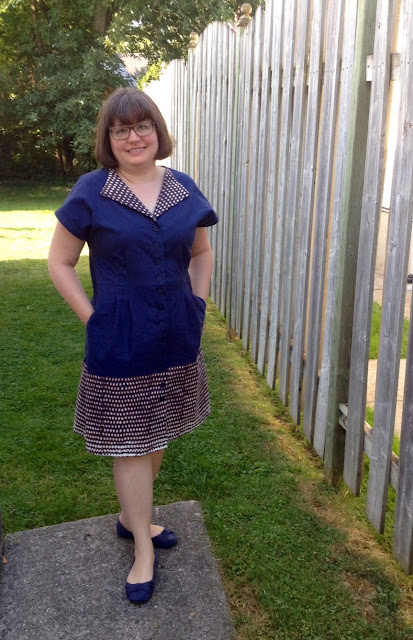 The other change I made was to release one of the back tucks. When I finished it and put it on, I didn't like the way the waist pulled a bit at the side back seams. This is most likely because of the fact that my waist/hip is at least a size bigger than my bodice, and although I thought I'd accommodated for that it wasn't quite right. So I just released the outer back tucks on each side, and restitched the waist seam. It worked great. 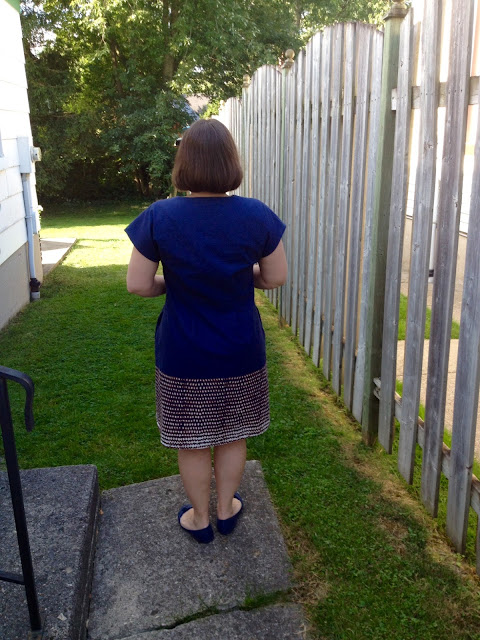 After wearing it for a day, I'm planning on putting a little snap on the collar overlay about an inch above the top button just to keep things a little less gaping, especially at work ;)  And I'll probably cut the shoulder to bust area at 14 rather than 16 on my next try just to take a tiny bit in and make it a pinch more fitted.

This is a charming pattern, really straightforward and easy to sew. I think it could look quite different depending on fabric choice, so it's a good standard for your pattern collection. 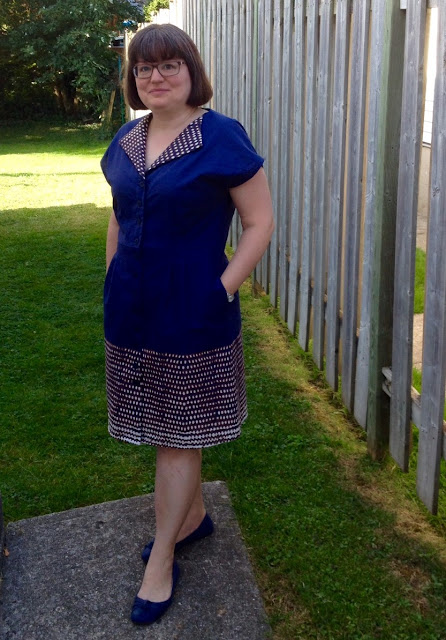