A Simply Luxe Sweatshirt with Simplicity 1317 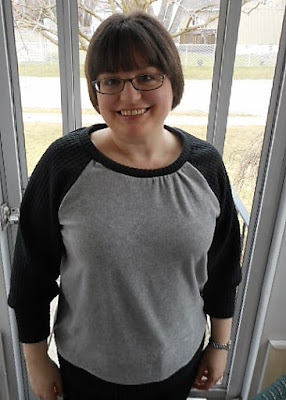 This was a simple, scrap busting project. I had some sale table remnants -- a grey velour & a black quilted piece that I'd bought with another project in mind entirely. So I decided to combine them in a quick sweatshirt; not my usual style but I thought it might be fun. And Simplicity 1317 was staring at me from my pattern overflow basket on the top of my work shelves. 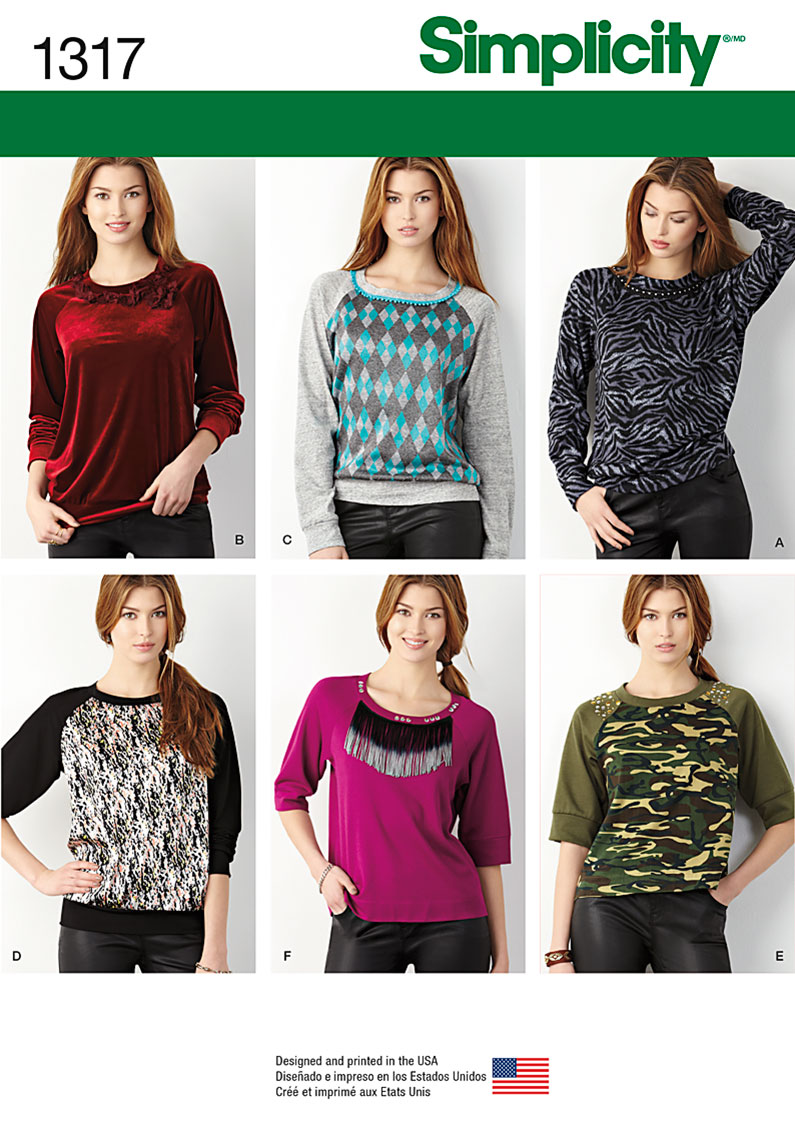 Because I was using bits, I didn't have quite enough black to cut full sleeves. So I cut them as long as possible - to just below the elbow - and added on wide cuffs. I like the length it gives. It's probably where I would have scrunched up the sleeves to anyhow. 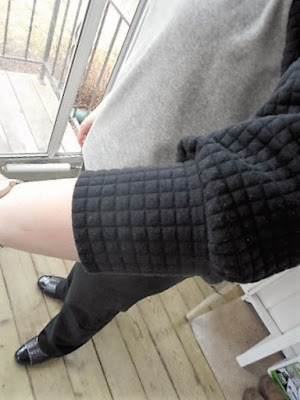 This was supposed to be a quick & easy project, however, I gave myself more work than necessary by adding in too much ease around the hips. I thought it would be too form fitting so added in way too much extra, and by the way, that just looks worse than having something fit. I had to unpick the bottom band and resize the shirt, then stitch the band back on. I love the final result. If I'd just stuck with my plan to cut Med. at the neckline/bust and taper to Large -- no more! -- at hips it would have been fine. 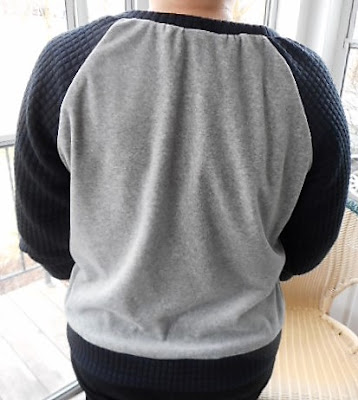 However, as I hate fixing things, even immediately after I've sewn them and realized my mistake, the original oversize monstrosity sat on the back of a chair for 3 weeks before I spent the half hour required to fix it. Sigh. Mending is my Waterloo. Anyhow, without the mistake of adding in a way too generous amount of ease, this was a straightforward make. Clear instructions, and now that I know my basic fitting issue with raglan sleeves, I had no problem getting this to sit nicely. My right shoulder is shallower so I take out 1/2 inch at the raglan seam from the neck, tapering to nothing by the armpit area, only in the front. It works like a charm. 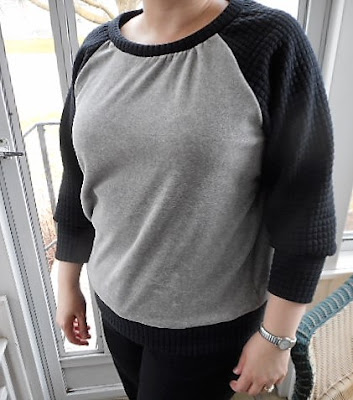 This was an unusual choice for me, and I enjoyed trying it out. It's influenced a new project, which I'm also making out of a quilted polyknit, though a much brighter one. Hope to have that done soon. And then on to some summer dresses!

I haven't been sewing or posting as much as usual, though, as I'm working on a new stitching project that I am hoping to share here in the next few weeks. I've been spending a lot of time on it, even dreaming about stitches and colours lately! It's been really satisfying, and I look forward to sharing it.