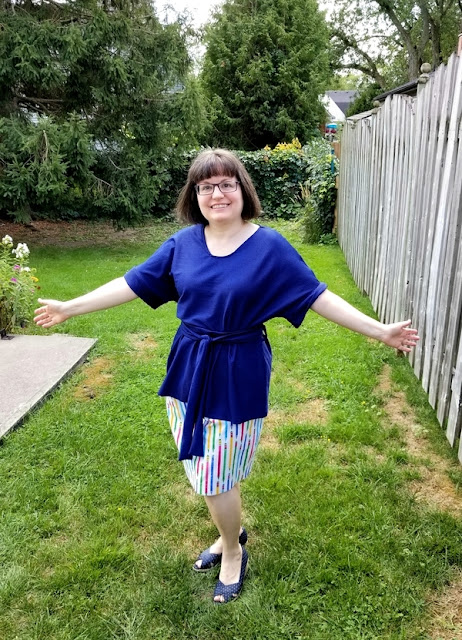 I was able to make a couple of items in August that I'd been planning on as part of this year's #20in20 challenge. One of them is the Sointu Top by Named Patterns.

I've owned this pattern for quite a while but finally got around to it when a friend gave me some fabrics, and one of them was this nylon blend knit, a vintage piece with original tag still on it. I loved the richness of the colour and the ribbed surface. It has very little stretch, so I thought this pattern might be a good fit for both the kind of fabric and the amount I had of it. I was able to just fit it all in. 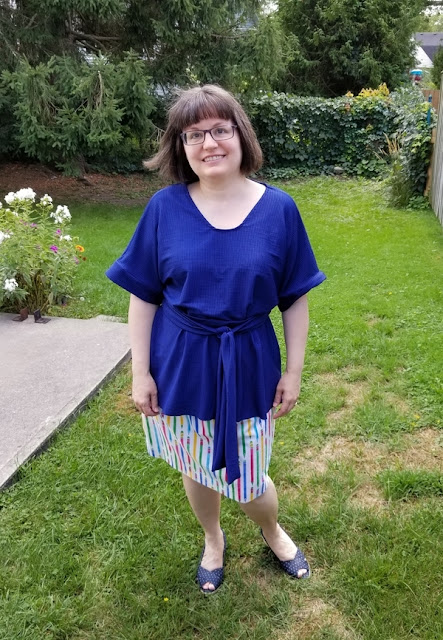 One of the common issues with this top is the depth of the arm opening; I read a number of reviews mentioning this, so I ended up raising the underarm point by 2". This gives it a modesty that makes it a bit more wearable, but it does take away, just a little, from the loose vibe of the design.

In any case, it was a pretty easy sew! There's a front, back, sleeve band and belt. Plus belt loops and neck binding. The instructions go step by step and add in extra info, like to stabilize your shoulder seams, which beginners might not know about, so I think it is beginner friendly all around.

The changes I made, due to the fabric, were minimal. I didn't hem it, since this knit doesn't fray or curl at all. And instead of using a bias facing on the rounded V neckline, I just folded under and stitched -- something I very rarely do, but this is a sturdy knit and I was getting lazy. It worked out okay but I do have a couple of small puckers which annoys me. I may try to fix that. 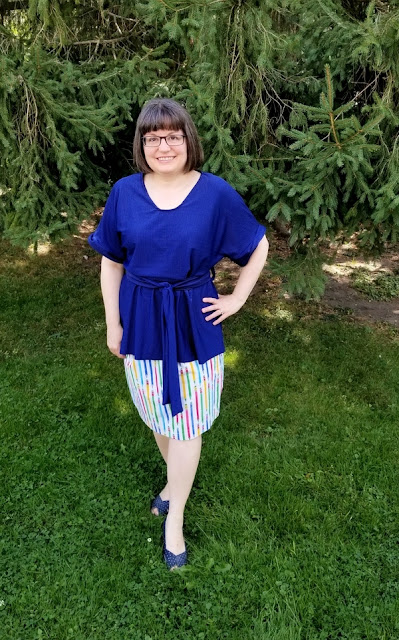 The only moment of confusion I had was when I sewed the belt pieces together. It was enormously long, and I thought I'd mistakenly cut two instead of one. But then I realized that the belt is made to wrap around the body and tie in front. Once done that way it was exactly as it should have looked. Whew! Don't sew tired. 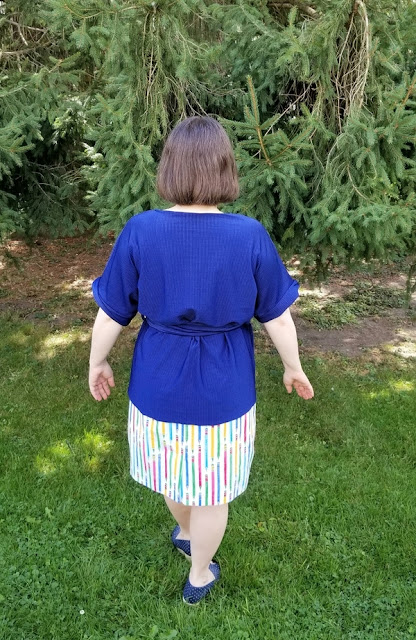 The belt is the key piece to this top, don't leave it off. I put on the finished top and was still unimpressed by the blah fit (huge and baggy), but then I tied the belt on and it changes everything. It gives shape and flair to the pattern. This is one that needs the belt for sure.

I'd like to try this is a different knit, and maybe also a woven, and see how that changes the look of it. Since it's an easy pattern and I like the end result, it seems like a good idea to try it again -- maybe next spring ;) 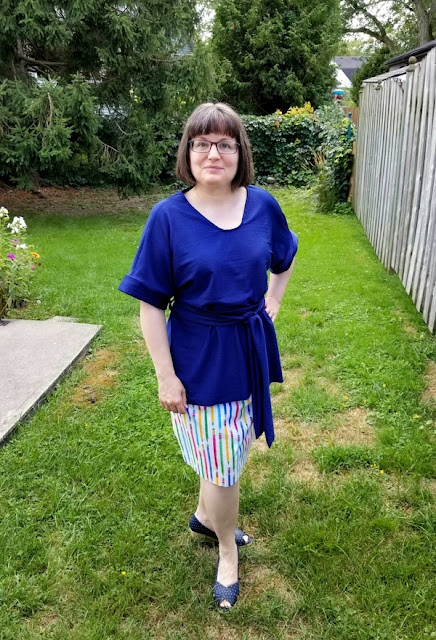