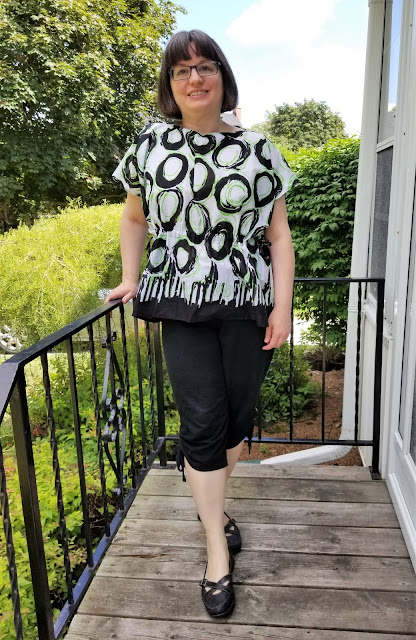 I thought I'd make one of the very easy tops from the July issue of Burda magazine -- it's been so hot here that I wanted to use a lightweight cotton that I've had in the stash forever. It needed to be cut on the crossgrain as it has a bit of a border print so I thought this easy top would be a good choice.

Well, as it turns out, that is only partly right. The top in the magazine is in a fabric that is a little drapier, which I think would work better. This cotton is lightweight and not really stiff, but it is a cotton and so doesn't really drape or fall too smoothly.

This pattern is extremely easy, maybe too simplified to be really successful. It is literally one piece. Cut the same piece for back and front and put a waistline casing on the inside, leaving an opening at each side seam to thread a cord through as a drawstring. There were some issues thanks to this pattern making decision. 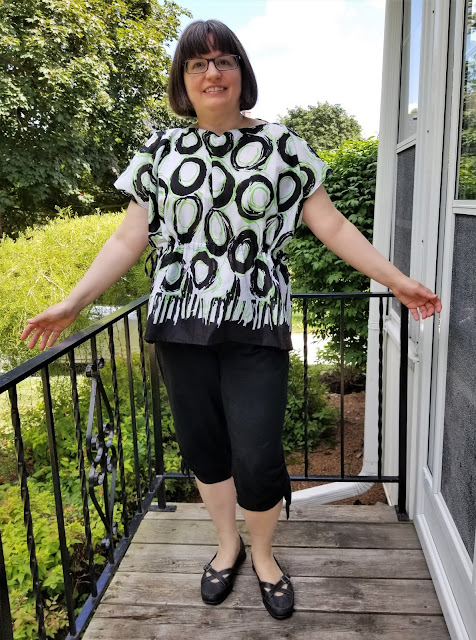 The neckline was a bit of a disaster. It's a boat neck style, but I always find Burda very wide at the neck, so cut it narrower. But then I couldn't get it over my head. So I had to open it up a bit. And the front piece was too high and wide at the neck, so I ended up cutting the front in a curve, lowering it by one inch. The fall is still kind of odd though, after the top is gathered. In a drapy fabric this wouldn't be as much of an issue, though I'd still pinch some of that centre width out at the front.


And the neckline finish is simply to fold under and stitch. This might work in a knit with the suggested stablizer ironed on before folding under, but in a woven it's a messy disaster waiting to happen. If you use a woven, I would suggest cutting a bias strip to finish it with. 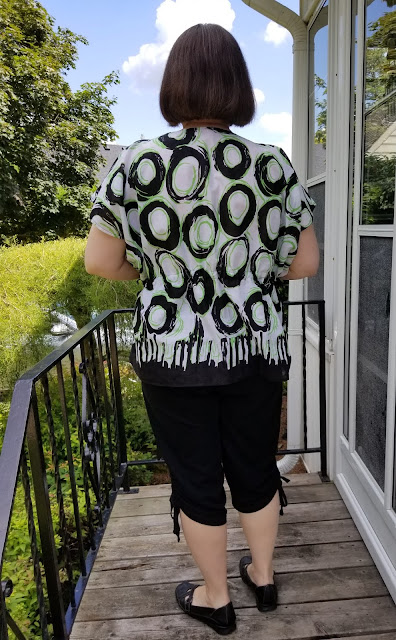 This simple quick pattern gave me more hassle than many of the complicated things I've made lately. I do like the fabric but I think that the fabric & pattern just don't quite match up perfectly. I might wear this, it is very cool and light, but I have to say I just don't love it. 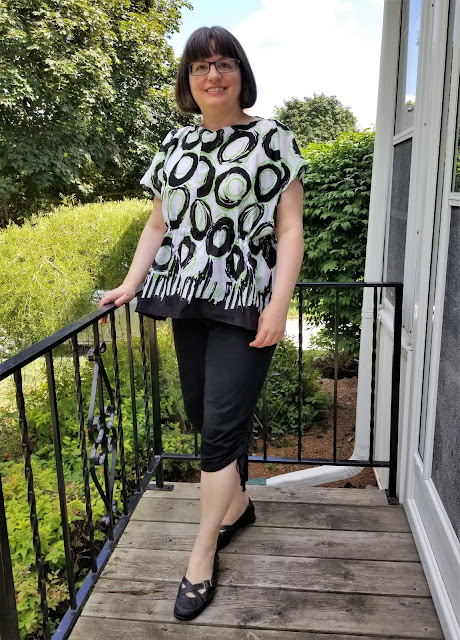 I did try it out without the drawstring tied, so with zero gathering at all, and it kind of works in this cotton, looking more like a boxy top. I may wear it more like that. I'll give it a couple of wears to see what I think!