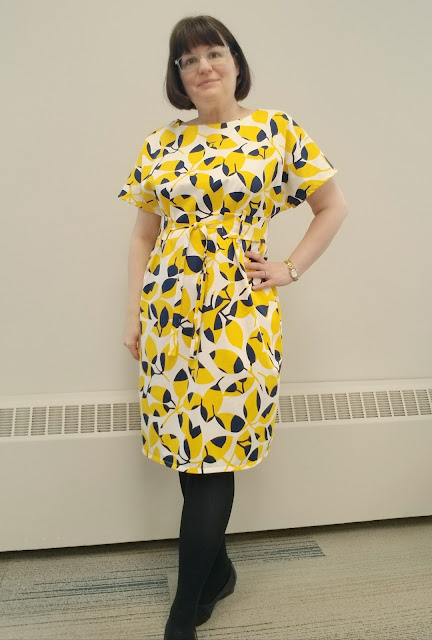 A while back I read and reviewed Tilly and the Buttons' Make It Simple sewing book. At that point I mentioned that I was most interested in the Suki Dress from that book. Well, I was sorting through the stash and came across a cotton sateen that I bought a long time ago, and thought that this was a perfect match. 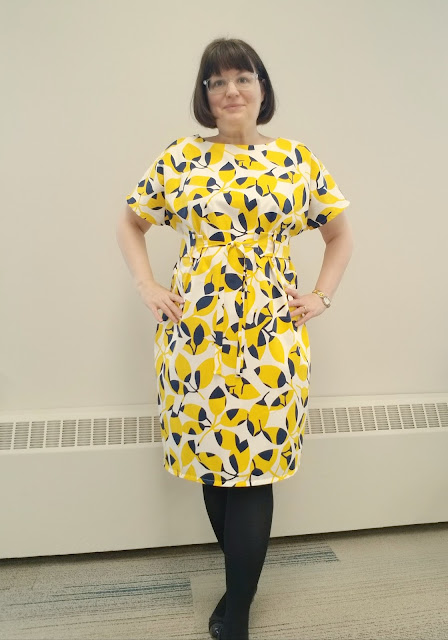 The suggested fabric for the Suki is something with more drape or flow, but I like a structured garment, and thought that this fabric would work well. It did! The only issue I have with it is that it is a bit see-through so will be wearing a full slip with it, nothing too bad. 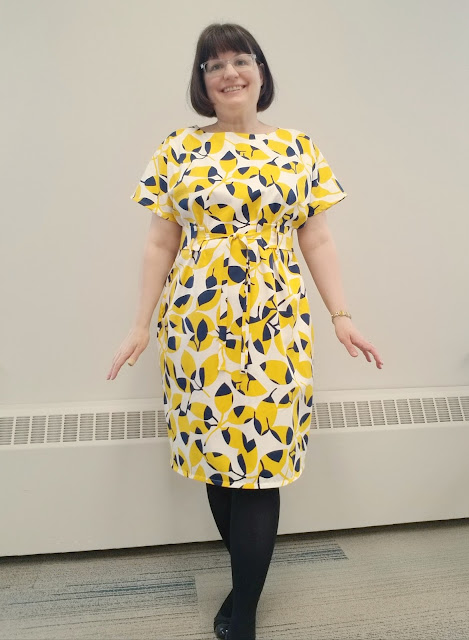 I cut a size 5/6 which seemed to work well for my measurements. It's a simple dress, which you could wear loose without a belt if you were going for a cocoon look, but not with a stiffer fabric like this one - it's more like an egg. With the belt it's fabulous. I had some trouble getting the belt loops sewn on neatly, but you can't tell so all that matters is that they are secure ;) 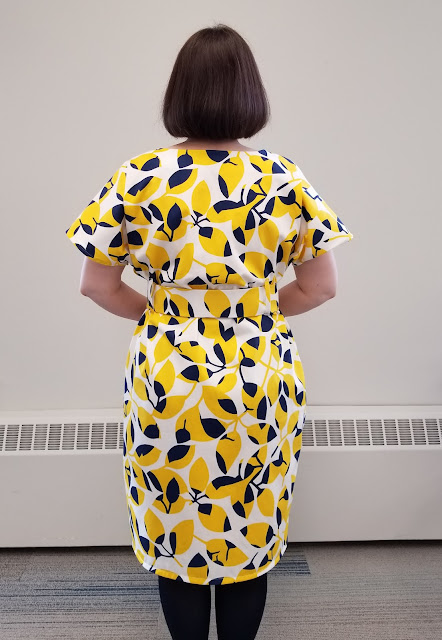 The belt is actually a really nice feature, transportable to a standalone pattern. It's not just a sash, it is a wide belt for 3/4 of it's length, with narrow ties sewn into the front. I really like the effect, it's easy to tie without a bulky knot at the front, and just adds a little extra detail to this fairly simple outfit. 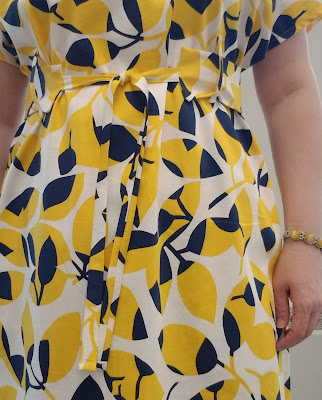 My changes were that I added side seam pockets, using my favourite pocket bag pattern. I just made sure to mark the waistline on the pattern so that I could place the pockets correctly. Tilly suggests trying on the dress before placing the belt loops; I found that they needed to be slightly higher than I'd first thought, so trying it on first is a great plan. (I had the shoulders sewn together but the sides only pinned, so I could sew the loops on a flat piece of fabric afterward.) 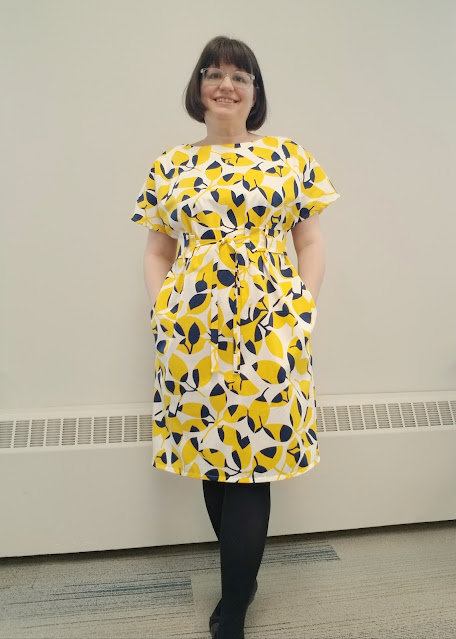 I shortened the dress before cutting it out but found that with the belt on I could have left another inch for a hem. As it was, I didn't want it much shorter than it was cut, so ended up giving it a hem facing using some premade vintage bias binding (very lightweight, unlike modern cotton-poly binding). That gave me a 1/4" hem, which was perfect, and also gave a very pretty finish. 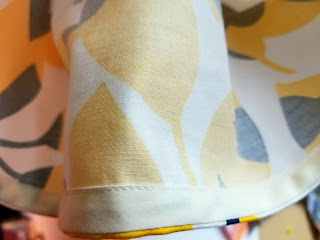 I'm quite pleased with this dress. The simple silhouette really highlights this bright and bold print, and the small details are nice. I might make this style of  belt for other outfits too! Another of my blue & yellow Spring projects complete :)