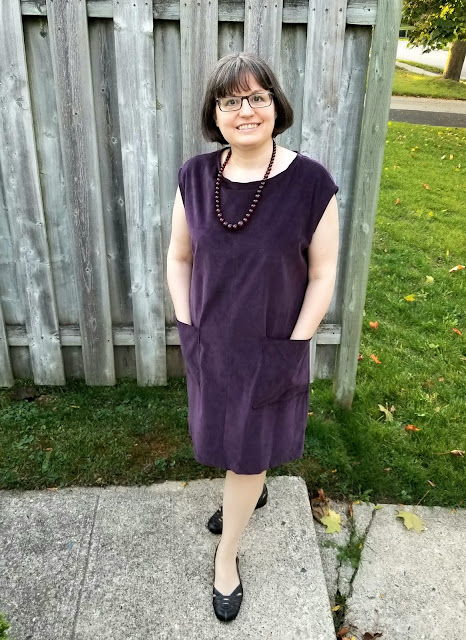 This is Part One of my current Fabricville Blogger Project; I chose to make the Jalie Bianca (a pattern I've been eyeing for a while now) in a rich Eggplant Feather Wale Corduroy, thinking that it would work nicely as a fall dress and also as a jumper! 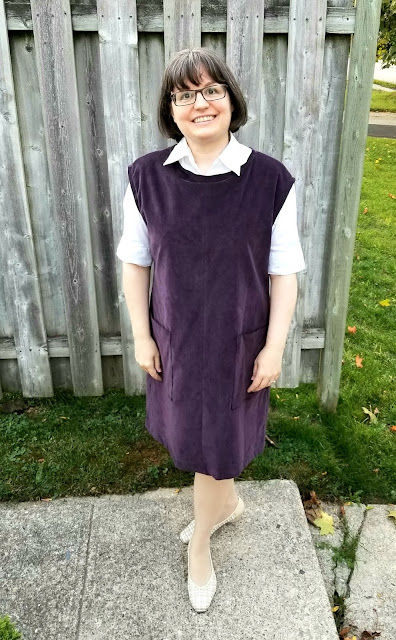 The fabric is soft and malleable -- but as it's corduroy there is really no drape so I chose to make the straight shift view without sleeve bands. It's perfect as a straight jumper style dress, with no closures to worry about, and the best patch pockets! Huge and attached into the side seams as well as being topstitched. 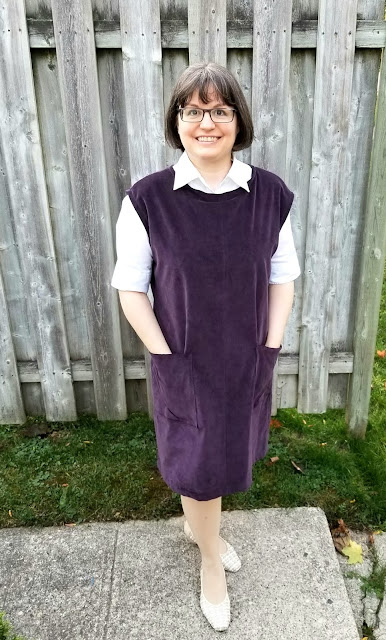 This pattern has no closures, but both front and back are cut in two, with a centre seam. If my corduroy had a bigger wale so that the stripes were more noticeable, I might have cut the two front pieces on alternating grainlines so that one was vertical and one horizontal. I think the play of light and texture on the two would be interesting! But since this fabric is very fine, I just went with one direction for the whole dress, the nap facing down. 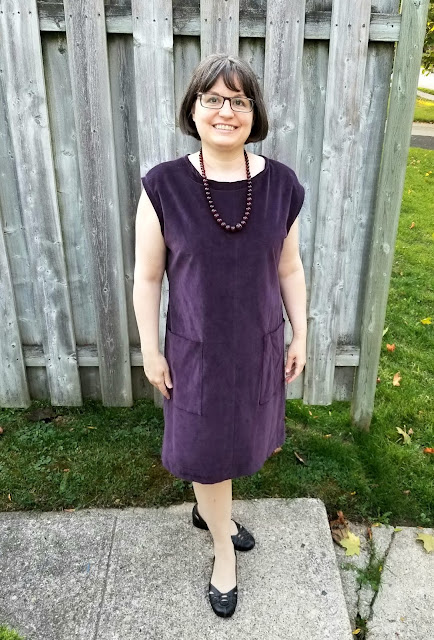 This is a great pattern, as expected from Jalie. Because I was making it in a non-suggested fabric, I did make a couple of changes, however. The original pattern has a back neck facing and a front bias facing. The facings are attached prior to sewing the shoulder seams. 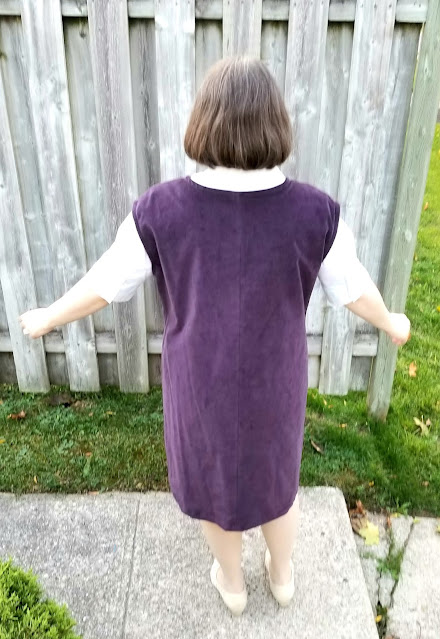 But, since I wanted to fully line this dress/jumper, I chose to use bias facing all around the neck so that I could sew the shoulder seams of both dress and lining and baste together at the neckline before attaching the bias facing. I could have just sewn the lining in as the finish, but I prefer lining to sit under a facing at the neckline, because I feel like otherwise a bit of the lining always rolls out no matter how carefully I understitch it. That's just me; you could definitely finish the neckline with the lining if you're less worried about that than I am! 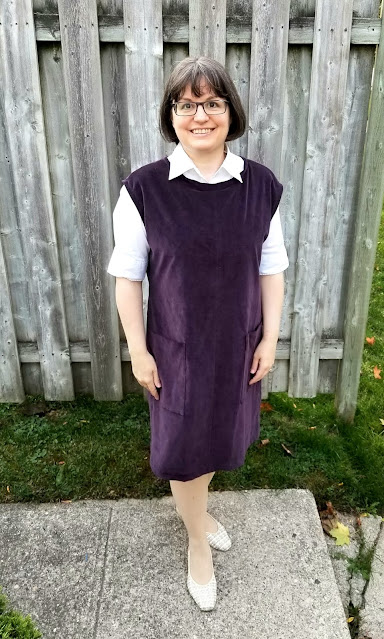 I also finished the sleeve edges by basting the lining and dress together and attaching the bias arm facings as well. It's a nice tidy finish, and fortunately I had a lovely winey-purple bemberg lining left over in my stash that worked perfectly. I decided to stitch the lining down into the hem like I have for the last two jumpers I've made, because that holds it all together neatly and there's no twisting around with the heavier fabric and tights when the two layers are firmly attached. 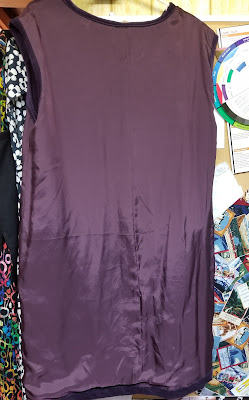 When I finish Part Two of this project, it will add to possibilities of this Bianca! 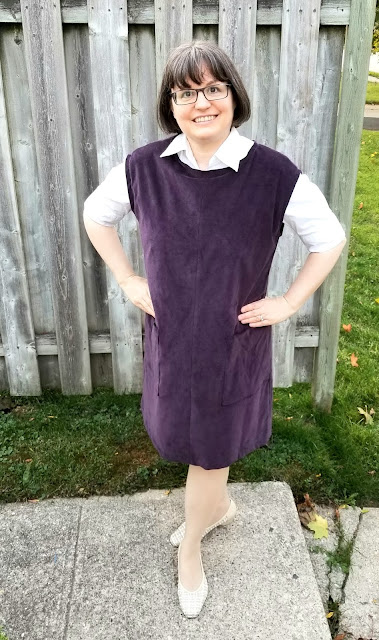