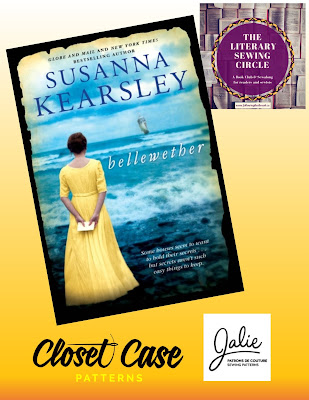 Today's the day to talk about the author of our pick for this round of the #LiterarySewingCircle! Susanna Kearsley is an accomplished author of  13 novels; she's won a number of awards for her writing, including the 1993 Catherine Cookson Award for Mariana, a novel that is still very popular among her readers! In 2014, she received Romance Writers of America's RITA Award for Best Paranormal Romance for The Firebird -- and many other reader's choice awards along the way, too.

Susanna is well known for her romantic stories that usually focus two timelines and some kind of connection between them, whether that is family history, psychological ties, or paranormal elements. And there is always a happy ever after.

On her blog, she calls her work "women-in-jeopardy" novels, or, as I know them, Modern Gothics. I really love this genre, and so am thrilled to be able to share a bit about one of my favourite authors of this type of book.


You can listen to a 2016 podcast over at Smart Bitches, Trashy Books in which Susanna and her host talk a fair bit about Bellewether. Some of the aspects of the plot and Kearsley's general interests over all her writing are explored. It's quite fascinating! 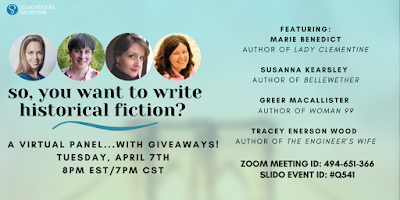 Susanna started out as a museum curator, and says that she has worked with textiles in that field. Here are a couple of things she has said about clothing and the past. 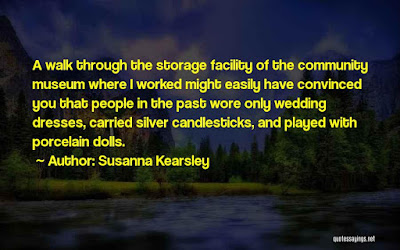 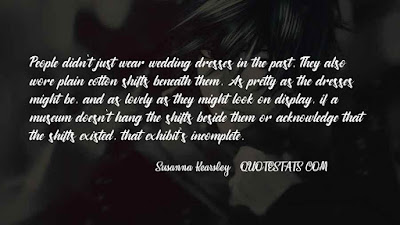 For one thing she was plainly dressed, but dressed with so much care I knew she’d taken pains to look her best. And although I was usually quite good at guessing ages, I had trouble guessing hers. She had to be at least a decade older than myself, so nearing forty at the least, but while her clothing and the way she held herself suggested she might be still older...

In A Desperate Fortune:

It was not her mother's face that she remembered, but the feel of her -- the soft warmth of her arms, the firmer softness of her silken bodice over stays, the ever-present tickle of the ruffled lace that edged her white chemise and brushed on Mary's cheek and upturned nose when she was snuggling on her mother's lap.


And of course, in Bellewether, we see Lydia in her yellow gown, and the wonderful uniforms of the two French officers. Charley herself speaks about working with textiles in her museum work, and knowing that the details of museum life are based in the author's own experience makes them richer and more reliable.


To find out more about Susanna Kearsley, check her out online.