A Floral Sorbetto in Winter

Back in mid-November I cut out a couple of Sorbettos, inspired by PatternReview's One Pattern, Many Looks contest. I had a lot of ideas on how I could alter this simple pattern and come up with a bunch of different looks -- I even sketched out 7 different options! But, as usual, I didn't keep going with contest sewing, and started other projects instead.

But this first Sorbetto was half done, so over my Christmas break I hemmed it and put the neck binding on. And it was done!

I made this first one of a length of vintage fabric from the thrift store - I think it's some kind of rayon blend as it is soft and drapey but also (obviously) quite prone to creases. I had *just* enough to squeeze out this top, altered to leave out the centre pleat that is a defining feature of the Sorbetto. I tried this version once before and really liked it, and it suits this fabric nicely, I think. I added sleeves using a pattern & blog tutorial originating with Mena of the Sew Weekly. I gave everything a narrow hem, and the fabric did stretch out slightly but not enough to keep me from wearing this. 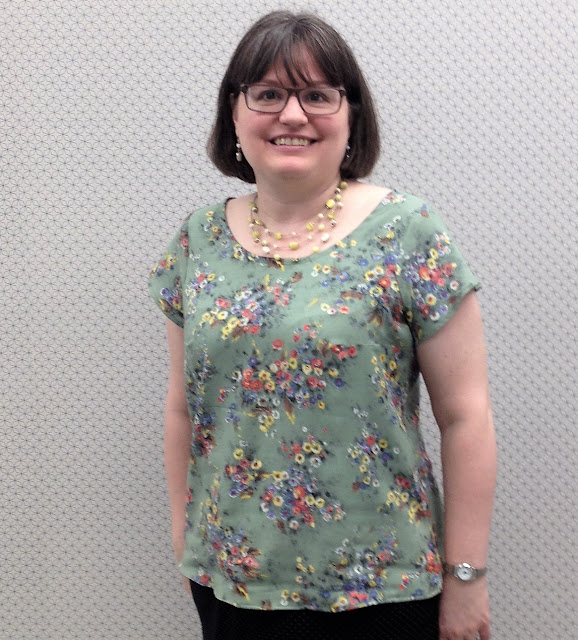 I used the original Sorbetto pattern, as I'd already made my (quite extensive) fit alterations on that one. But Colette has a new and updated Sorbetto pattern available now, which comes in three different views and has a sleeve pattern included. So I've downloaded that and whenever I get around to it I'll adjust the new one accordingly and give it a go to see what the difference is. 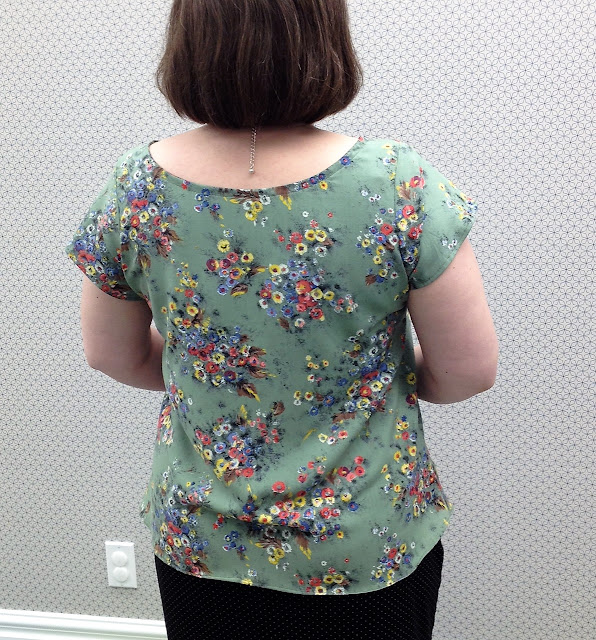 I narrowed the neckline somewhat, as I do find it quite wide. But I like how this pleatless version fits, and the fabric is so light and comfortable, it made me feel like spring was coming even in January! I wore it with another free pattern, my polka dotted Lindy Petal Skirt, which I love, and enjoyed a relatively warmish day to wear this light outfit on (with a cardigan when I was not being photographed!) 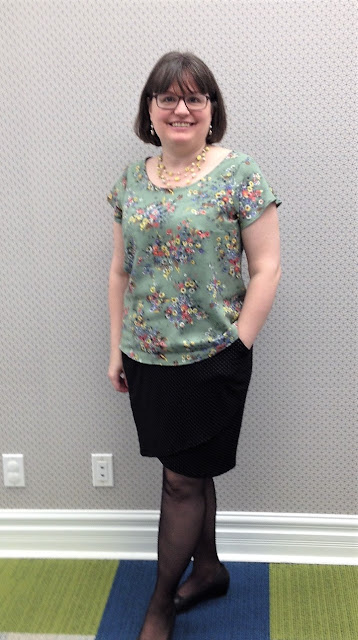 This was a fun "unseasonable sewing" project and I'll have another to share later this week that was a little more extensive in detail than this one. I had enough time off over the holidays to get a good start on my unfinished project stack!