I felt like tackling an easy dress for my first in a long line of dress patterns that I am dying to get sewn up by summer this year.

I just bought the new McCalls 7080, attracted by the cute waist feature.


This dress is a pullover, easy to make and easy to wear, what with the gathered skirt. My only concern was that it might be too girlish for me. But what the heck, I made it anyhow.

I used a large floral print that started its life as a duvet cover. I saw it at the Goodwill and immediately fell in love with the fantastic print and colour. I knew it would never make it to my bed, rather, it went straight to my fabric stash! It's a nice crisp cotton with lots of body to it. I thought it would be a good match to this pattern (perhaps influenced by the cover photo of the yellow floral dress, which was the view that I was interested in -- no tiered skirts for me, thanks)


It was a very easy make. No closures to worry about, except for one button & loop at the back neck. Simple patch pockets. I considered switching them out to side seam pockets but decided to leave them. I easily matched the print for the patch pockets since I had a lot of fabric to work with!


I cut the bodice at size 14 as I wanted it to fit fairly closely, to compensate for the gathered skirt. Didn't want to look like everything was simply oversized. It worked very well, except that I should have cut the armscye and sleeve at 16, since they are are bit tight. But I still have lots of fabric left so could remake them if I find it unbearable after a wear or two.

The bodice was a little shorter than I thought it should be, according to the look of the pattern cover; I didn't want an empire effect with full gathers right over the front -- trying to avoid a maternity look. So I added an inch to the bodice, just to give a little more length to play with for the tuck. I'm glad I did as it turned out just right. The tuck was the only slightly tricky part of this make. I had to carefully pin to keep it even all the way around, and even so I had a slight mishap nearing one of the side seams and my seam has a wobble. But because of the print and the fullness I don't think anyone but a sewist would notice. The skirt has a lot of fabric to it and I think the weight/awkwardness of it pulled on the seam a bit while I was stitching. I could unpick it and resew but honestly I probably won't. 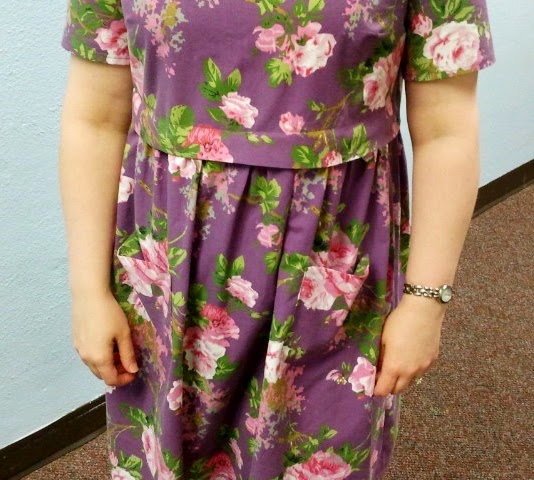 I found this a fast and fun project, after all the fiddling I've done with my last couple of tries. I didn't have to unpick and redo much of anything at all. Just a little measuring and remeasuring before getting going and all was well.  I did get lazy when I was finishing the back button at night, wanting to wear it the next morning - instead of doing the button loop I sewed on the button then decided to sew on a snap under it. It works, but if I reach too far (a hazard at work) the snap pops open. I think I'll have to go back and finish it properly after all ;)

I love my spring-like dress and all its floral prettiness. I wore it with black tights & a jacket to work, both to tone down the sweetness a little, and because it was absolutely freezing out! I can see wearing it a little more 'girly' with sandals in the summer too. I'm very pleased with my "March make". 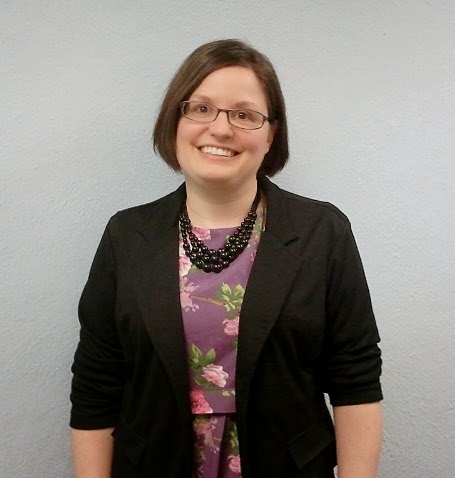